What’s the difference between buy/sell and mint/redeem? 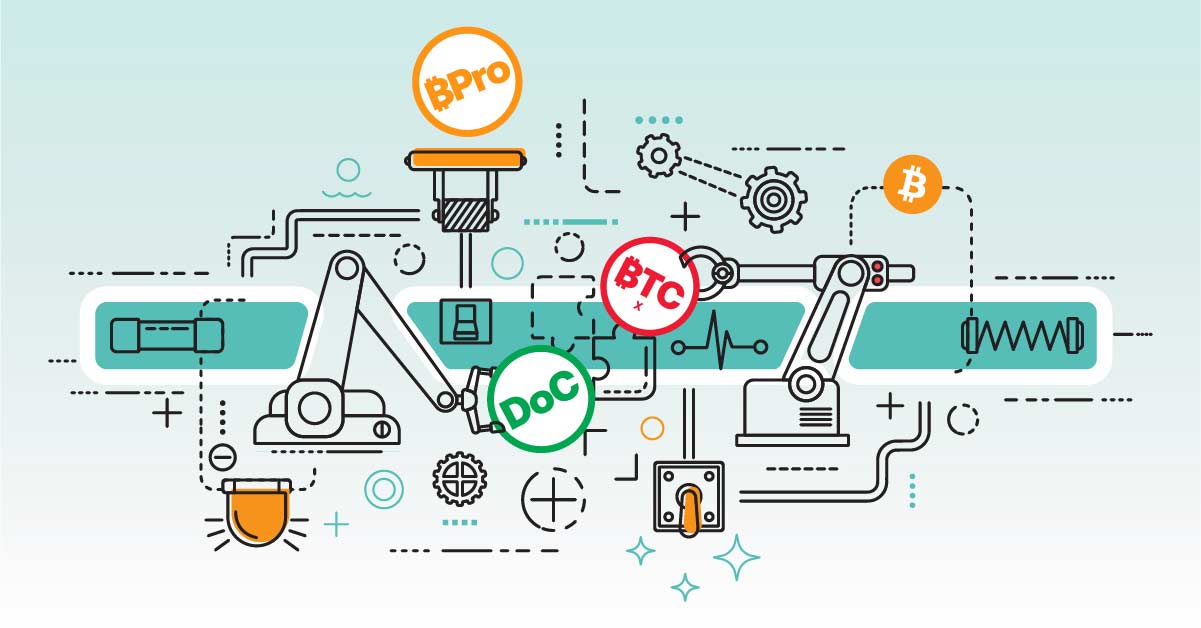 With frequent use of the tools and applications it is likely that the meaning of some terms and the difference between some of them such as buy / sell and mint / redeem become blurred.

Since the appearance of Bitcoin to date, each crypto project has its correlation with a cryptocurrency or token. Some of them copying the bitcoin model regularly issue a certain amount, others issue at the beginning of the blockchain with the genesis block, and others issue / burn tokens under certain conditions.

To fully understand and take advantage of the benefits of Money on Chain, it will be useful to refresh the difference between buy / sell and mint / redeem.

Let's first look at the tools we have, the application and the decentralized exchange.

The Money on Chain app is what is called a frontend, that is, an interface that allows access and operates against the smart contract. In finance it is called the primary market because it is the way in which the issuance of securities is carried out at a specific price that can then be traded in the secondary market.

Every time you access the app with your web3 wallet, such as Nifty / Metamask / Liquality, you have the possibility to mint / redeem tokens. This means that you are literally creating or destroying a token, it would be like each of us is their own (de) central bank.

Each DoC that is minted must have its counterpart or collateral in BPro and that is why under certain conditions it is impossible, often momentary, to issue new DoCs or redeem BPro, in order to maintain the proportion of collateral necessary to make the system work.

The protocol has a limit for DoC minting, which is given by the amount of BPro "in circulation" and other factors, such as the price of BTC. These factors affect the level of coverage. If the target coverage level is below the protocol coverage level, the issuance of the DoC and the redemption of BPro are blocked. That is, what is blocked is the possibility of minting Doc or redeeming BPro. If you have DoC you can redeem them without any problem. If you want to issue BPro you can do it without any problem. If you want to issue or redeem BTCx you always can.

The price of BPro in the Money On Chain platform is a "technical price". The price at which the protocol mints and / or redeems the tokens. To come to this price, it is considered the amount of rBTC that corresponds to the BPro, it is divided by the amount of BPro issued, and it is multiplied by the price of Bitcoin.

This eliminates middlemen to a great extent, making it more secure and transparent. It prevents trust and the management of funds from falling to a central figure. This way, exchange users maintain control of their assets at all times. The method used is inspired by the London Gold Fix, which avoids front-running and guarantees a fair price discovery, even with low volume, executing periodic ticks in an order book that matches trades at an emerging price.

In the context of this article, it makes sense to explain TEX as a secondary market for tokens. So in the case of needing to exchange the BPro token, and it is not possible to redeem them due to any of the conditions established in the protocol, there is always the option to sell it in the TEX, at market price. Other examples of secondary markets for the BPro are RSKSwap, Sovryn, Kripton Market or a Peer 2 Peer exchange (for example using Defiant Wallet).

The TEX was developed for this situation. If you make a sell offer (it will surely be something below the "technical price", which is what the app shows, for example, make a sell market maker order at a -1% price, that is, you sell at -1% "BPro technical price"). Probably someone, at some point, is going to make an offer to buy.

What happens then is that when buying and selling based on the law of supply and demand, the market price is established, which may differ from the "technical price".

To summarize and answer the question of the title, the difference between buying / selling and minting / redeeming is that when you carry out a buy / sell operation, you do it with another subject, be it a person or an exchange (such as Coinswitch or the same TEX) and you exchange a token for another that already exists. On the other hand, when minting / redeeming, you do it only with the smart contract through the Money on Chain app or Defiant wallet and you are creating or destroying the token.