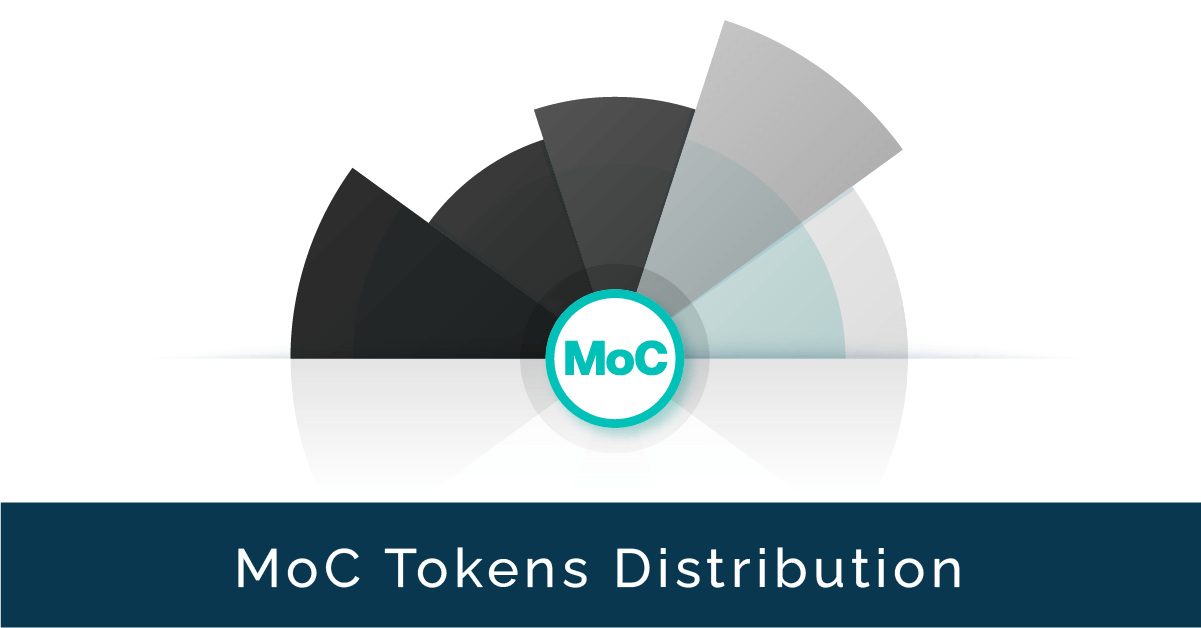 With the upcoming Token Generation Event (TGE), Money On Chain is taking another important step towards the decentralization of the protocol. This document explains how MoC Tokens will be distributed and why.

Starting from the April 26th Money on Chain will issue 210 million MoC tokens for protocol governance distributed this way:

MoC token’s distribution intends to follow bitcoin’s philosophy rewarding early adopters and contributors, making the decisions depend more on the community as time goes by and adoption grows. This way the project has enough time to deliver the white paper’s vision while giving the community an ever-growing role in the decision-making process through proposals and vote/veto power.

The graphic above shows the main goal of the distribution process, no one has the majority of votes to take control of the project, so it’s balanced for consensual decisions. In fact, most of the tokens (37.5%) will be distributed among holders of BPro and stakers of MoC through respective incentive programs.

The explanation of both reward programs is available here. They were designed having in mind bitcoin miner’s rewards that are gradually reduced every 210,000 blocks, an event called halving. In a similar way, MoC tokens rewards will be distributed 3% of the remaining every 30 days in a daily manner, delivering a lot of tokens at first and decreasing over time.

With the upcoming Token Generation Event (TGE), Money On Chain is taking another important step towards the decentralization of the protocol, giving decision power to every stakeholder in the community.