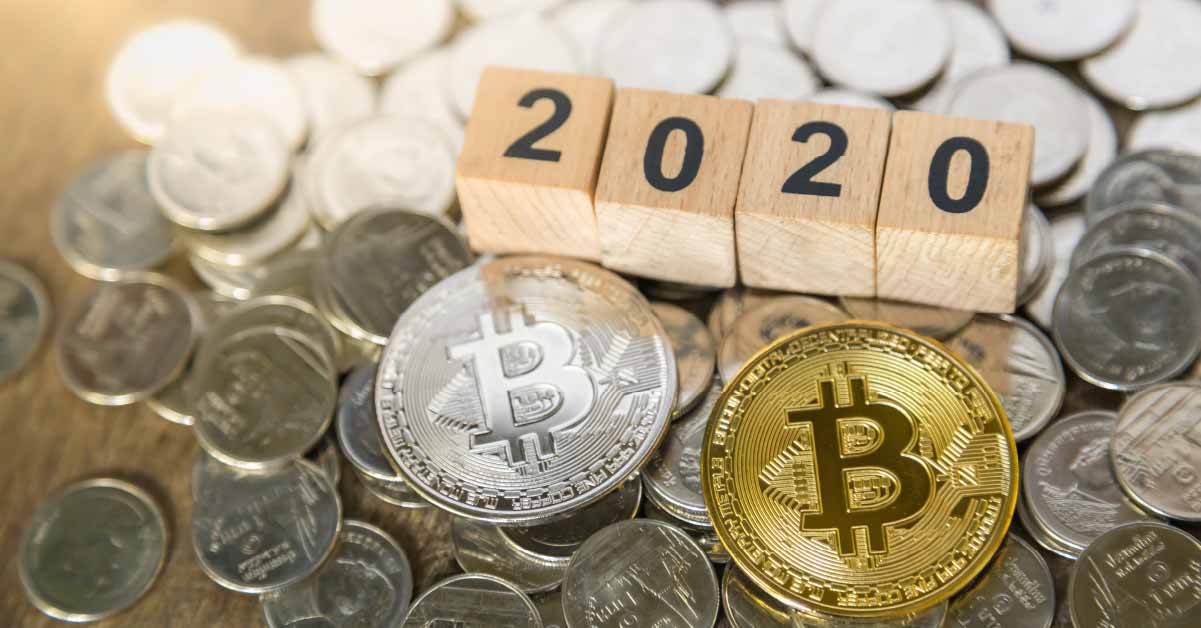 2020 was a year of institutional adoption of Bitcoin. The list of corporations and billionaires who adopted Bitcoin is long. Here’s a review of the year in Bitcoin.

The institutional interest in Bitcoin started right off the bat. In Mid-January, an Exchange-traded bitcoin option launched on the Chicago Mercantile Exchange. Bitcoin options could be used to define risk while expressing nearly any market thesis

Shortly after the exchange traded bitcoin option launched, the US fund giant Fidelity took on its first European crypto client, acting as a custodian for London based Nickel Digital Asset Management, which runs numerous Bitcoin and cryptocurrency funds for investors. The move marked the first time a major fund or bank made such a move in Europe.

Fidelity then rolled out its first bitcoin-focused fund in August so that its wealthier clients could invest in volatile tokens.

“Fidelity has always been tech focused and we have a large incubator focused on cryptocurrency,” said Christopher Tyrer, head of Europe for Fidelity Digital Assets. “This has the full backing of chief executive Abigail Johnson who is very interested in this space.”

In a year of institutional Bitcoin adoption, Bitcoin faced a key technical event in June, known as a halving in which miner bitcoin rewards were cut in half. Taking place roughly every four years to keep a lid on inflation, the reward stood at 12.5 bitcoins or BTC before being reduced to 6.25 BTC. Rewards to bitcoin miners will continue to halve every four year until they reach zero.

With a backdrop of the halving in 2020, billionaires began to enter the bitcoin space. Macro investor Paul Tudor Jones purchased Bitcoin as a hedge against the inflation he sees coming from central bank money-printing. He told clients it reminds him of the role gold played in the 1970s.

“The best profit-maximizing strategy is to own the fastest horse,” Jones, the founder and chief executive officer of Tudor Investment Corp., said in a market outlook note entitled ‘The Great Monetary Inflation.’ “If I am forced to forecast, my bet is it will be Bitcoin.”

Jones said Tudor BVI may hold as much as a low single-digit percentage of its assets in Bitcoin futures, becoming one of the first big hedge fund managers to embrace what until now has largely been snubbed by the financial mainstream. Tudor is concerned with fiscal spending and bond-buying by central banks, calculating that $3.9 trillion of money, the equivalent of 6.6% of global economic output, have been printed since February.

“It has happened globally with such speed that even a market veteran like myself was left speechless,” Jones, 65, wrote. "We are witnessing the Great Monetary Inflation—an unprecedented expansion of every form of money unlike anything the developed world has ever seen.”

“Exciting news today, our #Bitcoin and #Ethereum ETPs — ABTC and AETH are the first crypto-centric ETPs admitted on @wiener_boerse, the Vienna Stock Exchange, one of the most established exchanges in Central, Eastern, and Southeastern Europe!

The listings meant that the Bitcoin ETPs were available to all three ‘DACH’ nations--Germany, Austria, and Switzerland. “We are happy to share that Bitcoin is now accessible everywhere for both retail as well as institutional investors across the entire DACH region.”

He added: “Outside the DACH region, no other jurisdiction globally provides such comprehensive and ample access to Bitcoin”

The Singapore Exchange (SGX) announced in September it would list price indexes for Bitcoin and Ethereum in partnership with the UK-based crypto data firm, CryptoCompare. The indexes did not allow SGX users to trade cryptocurrencies, the price feeds can be used by other Singaporean firms seeking to launch BTC or ETH products, a way to track the price fluctuations of the crypto assets in real-time from a trusted source.

A few weeks after the announcement, PayPal allowed users to buy, hold, and sell cryptocurrencies from their accounts. More than 26 million merchants using the platform were also then able to accept crypto as a funding source.

In October, Square purchased $50 million worth of bitcoins, saying it could become “a more ubiquitous currency.”

The news in 2020 wasn’t all positive for investors, as Britain’s financial watchdog said it would ban the sale to retail investors of products tracking the price of crypto assets like Bitcoin.

The Financial Conduct Authority (FCA) said their crypto assets lacked a reliable basis of value to underpin derivatives and exchange-traded notes. The ban comes into force on January 6, 2021.

Gazprombank, a bank from the fold of Russian energy giant Gazprom, is launching institutional cryptocurrency services in Switzerland after receiving authorization from FINMA to launch the new services. "We expect digital assets to become increasingly important in the global economy and, in particular, for our current and potential clientele," said the bank's CEO, Roman Abdulin.

Mexican billionaire Salinas also revealed a stake in Bitcoin. "Many people ask me if I have bitcoins," Salinas, who Forbes estimates has a fortune of around $12 billion through an empire sprawling retail, banking and broadcast businesses, said via Twitter in comments translated from Spanish. "Yes. I have 10% of my liquid portfolio invested on it."

"Bitcoin protects the citizen from government expropriation [the state taking property from the owner for public use]," Salinas added, recommending people read The Bitcoin Standard by Saifedean Ammous, calling the 2018 book "the best and most important to understand."

Five days after Square’s purchase, asset manager Stone Ridge Holdings, which manages over $10 billion in assets, revealed that it had purchased more than 10,000 BTC, worth around $114 million, as part of its treasury reserve strategy. MicroStrategy, a Nasdaq-listed asset manager, had purchased $425 million in Bitcoin. Meanwhile, cryptocurrency exchange Coinbase, the San Francisco based company, filed an S-1 with the Securities and Exchange Commission.

In a particularly irreverent Bitcoin news piece in 2020, Bitcoin played a central role in one of the most high profile security breaches in recent memory. A hack commandeered Twitter accounts of prominent politicians, celebrities, and technology moguls, scamming people around the globe out of more than $100,000 in Bitcoin.

While DeFi stole many of the headlines throughout 2020, Bitcoin’s enormous price run to close out the year changed the story. Bitcoin rallied to all-time highs on multiple occasions and now sits just shy of $30,000. As this happened, the total value locked in DeFi apps declined, as the original DeFi app turned into a runaway bull market.